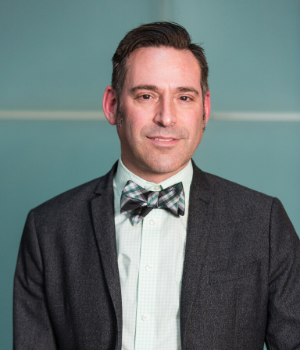 Koya Leadership Partners is delighted to announce the placement of Dr. William Keyse Rudolph as Deputy Director of Curatorial Affairs of The Nelson-Atkins Museum of Art.

Dr. William Keyse Rudolph served as Chief Curator and the Marie and Hugh Halff Curator of American and European Art at the San Antonio Museum of Art from 2013–2020, leading the curatorial, collections, and exhibits departments. In this role, he increased the curatorial staff, regularized and developed an ambitious special exhibition program, with the majority being museum-organized projects, and facilitated ambitious acquisitions in multiple collecting areas. Most recently, he has also served as co-interim director of the museum.

Rudolph also served as a curator at the Dallas Museum of Art, Worcester Art Museum, and the Milwaukee Art Museum, in addition to holding prior research and support positions at the Philadelphia Museum of Art in European paintings and European decorative arts.

He was educated at the University of Nebraska-Lincoln, the Courtauld Institute of Art, the University of Virginia and Bryn Mawr College. He has also received decorative arts training through the Attingham Summer School for Country Houses and Collections and Royal Collections Studies. In addition, in 2017 Rudolph was a fellow of the Center for Curatorial Leadership, an intensive training program for art museum curators to develop leadership skills.