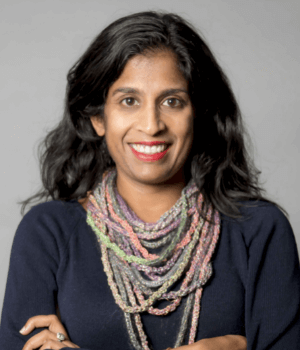 Koya partnered with Community Resource Exchange (CRE) on the appointment of Tiloma Jayasinghe as President and CEO.

Jayasinghe joined CRE from Donors of Color Network, where she served as Director of Member Organizing. Previously, Tiloma served as Executive Director of Sakhi for South Asian Women, and Chief Program Officer at Nonprofit New York.

Jayasinghe is a human rights advocate, her career spanning reproductive rights and gender justice work from the local to the international level, through her work as the executive director of Sakhi for South Asian Women, at the United Nations Division for the Advancement of Women, and as the first staff attorney at the National Advocates for Pregnant Women.

Jayasinghe has strong roots in caring and advocating for the entire nonprofit sector through her tenure as the policy strategist and then chief programs officer at Nonprofit New York.  She also considers herself a community organizer, helping communities of color to achieve racial justice.

Jayasinghe is a proud New Yorker, surrounded by her parents, husband, children and one very silly dog in the great borough of Queens.