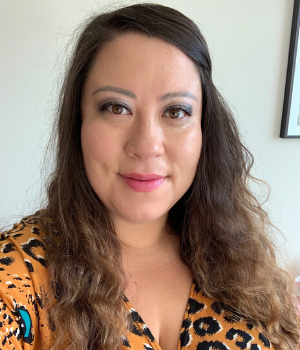 Koya partnered with Groundswell Fund to identify their first-ever Deputy Director. We are proud to have helped place Tara Shuai Ellison through this search.

Tara Shuai Ellison has been active in feminist, LGBTQIA+, body liberation, racial justice, and other justice-based movements for over 15 years, and she brings both her passion for justice work and her love of creating organizational systems and structures to the Groundswell Fund as its new Deputy Director.

Prior to joining Groundswell, Ellison was the Senior Human Resources Director at the National Domestic Workers Alliance and its innovations arm, NDWA Labs, At NDWA, Ellison led her teams to support NDWA’s ambitious mission and vision by building robust human resources systems and structures. She also served as the organizations’ Finance and Operations Director, overseeing the organization’s growth from a $2M to a $10M budget and a staff of 8 to a staff of 100.

Ellison also served as Deputy Director at the Third Wave Foundation, where she gained extensive skills in a wide range of areas, including financial management, feminist human resources practice, project management, organizational development, board development, and creating robust organizational systems and infrastructures. She has served as the Public Policy and Government Affairs Assistant at the National Gay and Lesbian Task Force, where she supported a team doing work around faith, aging, and state and federal policy work.

Ellison has also been active in other community volunteer work, including as a board member of the Audre Lorde Project, NOLOSE, and an organizer of the Big Fat Flea.