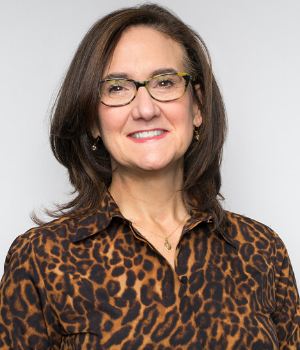 Leveraging 14 years of experience as dean at two globally-ranked business schools, Blount will oversee a budget of nearly $200 million and staff of over 2,000 that provides services to more than 700,000 people in need each year, without regard to religious, ethnic or socioeconomic background.

As former dean (2010-2018) and an alumna of the Kellogg School of Management at Northwestern University and a former business school faculty member at the University of Chicago (1992-2001), Blount is well-known and respected within the Chicagoland community. She sits on the boards of Abbott Laboratories and Ulta Beauty, as well as the boards of the Joyce Foundation and the Economic Club of Chicago, and will continue to do so.

Deeply committed to the Catholic faith and its values, Blount has served on the Archdiocese of Chicago’s Finance Council since 2014, co-chairing the People and Talent Committee and working closely with the team that is re-envisioning leadership development for priests and parishes across the Archdiocese. And in Fall 2018, while on sabbatical after stepping down from her deanships, she undertook St. Ignatius’ Spiritual Exercises during a 30-day silent retreat. As Blount contemplated her next chapter, she was compelled by Catholic Charities’ mission, reach and impact and the opportunity to more explicitly live out her faith.

As a former dean at both Northwestern and New York Universities, she brings a track record as a strong fundraiser, leading two capital campaign teams that raised in excess of $550M, and as a seasoned non-profit operator, leading two organizations with global profiles and managing $250+ million budgets. Blount is known as a transformational leader who works with a broad array of stakeholders to reenvision purpose, redesign systems, and increase performance and impact – whether it be around research productivity, fundraising capacity, student quality or global reputation and outreach. She is proud to have led the teams that envisioned, funded, and completed two significant building projects, one in the heart of New York City and one on the shores of Lake Michigan. At year-end 2017, Blount was named one of LinkedIn’s Top Voices in Management and Poets and Quants’ Business School Dean of the Year.

Blount currently holds the Michael L. Nemmers Chair in Strategy at the Kellogg School of Management at Northwestern University, where she teaches courses on organizational growth and transformation and negotiations.  She will remain on the Kellogg faculty, teaching part-time. Her hope is to continue to inspire the hearts and minds of the next generation of leaders to build and use their skills to address many areas of human need.

Prior to her roles at Kellogg, Blount served as dean at NYU Stern College of Business for six years and on faculty at NYU and the Booth School of Business at the University of Chicago for nearly two decades. Blount earned a Ph.D. from Northwestern University and a B.S.E. from Princeton University, and began her career at the Boston Consulting Group.