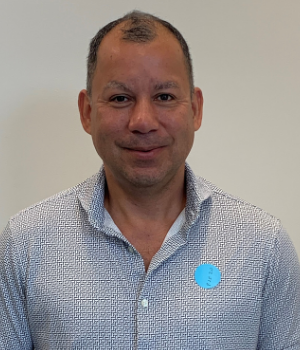 Koya partnered with the Los Angeles LGBT Center on its Chief Financial Officer search. Our work resulted in the placement of Ricardo DeLeon.

Since 1969 the Los Angeles LGBT Center has cared for, championed, and celebrated LGBT individuals and families in Los Angeles and beyond. Today, as the largest LGBTQ organization in the world, the Center has an annual budget of nearly $140 million and provides the broadest array of LGBTQ services and programs available anywhere.

DeLeon joined the LA LGBT Center with 30 years of experience in both the corporate and nonprofit sectors. The majority of his career was at Procter & Gamble, where he spent more than 25 years, working his way up the ranks to senior finance positions, managing very complex financial systems. When he was offered a chance at early retirement, he took it because he was interested in doing something more personally meaningful in the nonprofit sector.

For two years, DeLeon served as the Chief Operating Officer of the Hispanic Scholarship Fund where he led the delivery of $50M a year in scholarships, annually, including the rollout of The Gates Scholarship.

One of DeLeon’s proudest achievements is being a founder and Board President of the Su Casa Hispanic Center in Cincinnati. The Center was founded in 1997 to help immigrants facing discrimination in Cincinnati. The Center’s mission is self-sufficiency for the poor and vulnerable of the immigrant community. DeLeon organized job fairs, health fairs, and festivals for Su Casa, as well as managed their finances and taught English as a Second Language for multiple years.

DeLeon earned a BA from Princeton University and his MBA from Washington University in St. Louis. He has served on a number of boards of primarily youth-serving (Darkness to Light, Elder High School (Cincinnati) and LatinX (Su Casa Hispanic Center, National Society of Hispanic MBAs) nonprofits. DeLeon spent three years as the President of the Association of Latino Princeton Alumni.