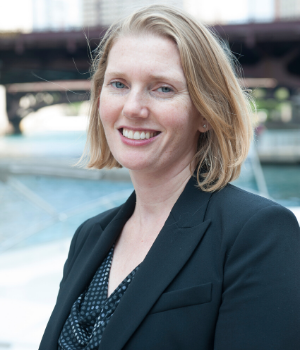 Koya partnered with the Civic Consulting Alliance on the search for a successor to a CEO and President who had led the organization for 15 years. Our work resulted in the recruitment of Rebekah Scheinfeld to this critical leadership role for the region.

The Civic Consulting Alliance (‘CCA’) is the regional engine of public-private collaboration and a unique civic resource. An affiliate organization of the Commercial Club of Chicago, the CCA helps tackle the Chicago region’s biggest problems and capture its most exciting opportunities. Working in concert with talent from the most respected companies and firms in the region and partnering with city, county and other government officials, and not-for-profit leaders, CCA, its partners, and clients drive impact that no single entity can accomplish alone. CCA estimates that in 2019, its 50 partners (including management consultants and law firms) provided more than $13 million in pro-bono services to 66 projects touching education, economic development, and criminal justice and public safety.

Prior to leading the Civic Consulting Alliance, Scheinfeld served as Commissioner of the City of Chicago Department of Transportation. The agency is comprised of 1400 employees with a $170 million annual operating budget. As Commissioner, she managed the implementation of transformative projects such as the 606/Bloomingdale Trail, Chicago Riverwalk, Union Station Transit Center and citywide “smart” street lighting modernization. Scheinfeld also spearheaded a number of major policy initiatives, including the citywide, cross-departmental, data-driven Vision Zero program to eliminate death and serious injuries from traffic crashes.

Earlier, Scheinfeld served as Chief Planning Officer and Senior Vice President at the Chicago Transit Authority. There, she led the long-term strategic planning for the rail and bus systems, including reconstruction and extension of rail lines and redevelopment of rail stations.