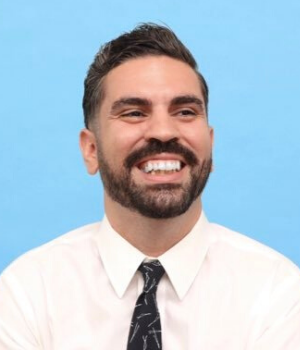 Koya Leadership Partners is delighted to announce the placement of Rafael Espinal as Executive Director of Freelancers Union.

Freelancers Union is the largest and fast-growing organization representing the 56.7 million independent workers across the country, giving 490,000+ members a powerful voice through policy advocacy, benefits, and community.

Rafael Espinal joins Freelancers Union, most recently serving as a New York City Council member, and former New York Assemblyman, where he proudly served the diverse communities of Bushwick, Brownsville, Cypress Hills, and East New York. Espinal worked to repeal the no-dancing Cabaret Law — which threatened venues that are important to artists and performers — and he introduced the “Right to Disconnect” bill to protect work-life balance for workers in the digital age. Espinal has demonstrated an unwavering commitment to the independent workforce; his support was instrumental in passing the Freelance Isn’t Free law.

Espinal’s understanding of basic human needs has been a guiding force in his dedication to serving low-income communities. After graduating from Queens College, he became a teacher of Adult Literacy and General Education Degree (GED) courses in his neighborhood, and shortly thereafter took advantage of an opportunity to work for New York City Councilman Erik Martin Dilan in 2007. In 2011, Espinal served the 54th Assembly District as a New York State Assembly Member. Over the course of 2 years in the New York State Assembly, Rafael passed 4 bills, fighting for better health care, sensible immigration practices, and fiscal policies that would benefit the greater good.

In 2013, Rafael was elected to the City Council, where he continued to advocate on behalf of not only his district but of all New Yorkers. Within his first two years in office, he passed the most comprehensive neighborhood investment plan in the city’s history, delivering unprecedented amounts of affordable housing, jobs and infrastructure investments to East New York.

Espinal has been recognized by City and State as one of New York City’s “40 under 40 Rising Stars”. He continues to voice the concerns of New York City’s young and ambitious groups, championing efforts to preserve our healthy environment, foster art and creative spaces in gentrifying neighborhoods, and secure the rights of those who have been disenfranchised by the City, to provide for the majority, rather than the 1%.