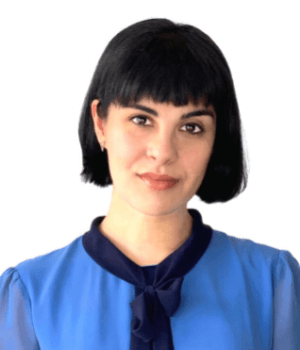 We are delighted to announce the appointment of  Nahal Zamani as the Senior Vice President, State Strategy and Services for State Innovation Exchange (SiX).

SiX is a national resource and strategy center that collaborates with state legislators to improve people’s lives through transformative public policy.

Prior to joining Six, Zamani was the Director of Movement Building at Demos, a progressive think tank that powers the movement for a just, inclusive, multiracial democracy. Zamani served on the senior leadership team, oversaw the partnerships and campaigns teams, and represented Demos as a senior leader in external coalitions and tables.

Previously, Zamani was an Advocacy Program Manager for the Center for Constitutional Rights (CCR) for over a decade, leading impactful campaigns and advocating regularly before elected officials, the UN, the Inter American Commission on Human Rights, and the public. Zamani’s work included challenging the NYPD’s abusive stop-and-frisk practices and other discriminatory policing practices; criminal justice; economic and gender justice; immigrants’ rights, and government abuse of power. Zamani also served on the Steering Committee of the Communities United for Police Reform campaign in New York City. Before that, Zamani led human rights advocacy and campaigns at the American Civil Liberties Union (ACLU) national headquarters. She also worked with the International Rescue Committee’s New York resettlement office and at Animédia in France.

Zamani lectures extensively on strategies for campaign development and coalition-building; the role of national organizations in supporting local movements and grassroots partners and the human rights framework. Zamani has also taught a workshop for community engagement at Columbia University. Her work has been covered in The New York Times, City and State New York, MSNBC, Al Dia and BRIC TV. In 2021, Zamani was honored as a “Top 40 under 40” leader by the National Iranian American Council.

Zamani holds an M.A. in Human Rights from Columbia University and a B.A. from Rutgers University.