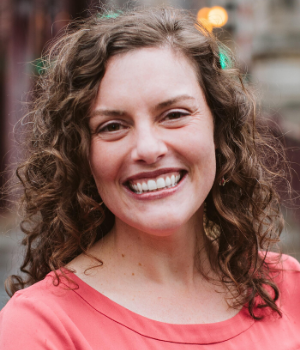 Koya partnered with the National Audubon Society on the search for a Vice President & Executive Director of the Great Lakes Region. A regional office of the National Audubon Society, Audubon Great Lakes (AGL) works to protect the places and policies that birds need to thrive across five states: Illinois, Indiana, Michigan, Ohio, and Wisconsin. The search resulted in the recruitment of Michelle Parker to the role.

Parker joined AGL from Crown Family Philanthropies, where she served as Environmental Program Officer. There, she led the Crown family’s environmental program and disaster response program, including strategy and grantmaking, and served as a personal advisor for several family members’ personal giving, which includes and extends beyond environmental interests.

While at Crown, Michelle served as a Steering Committee Member for the Great Lakes Funders Collaborative, on the Governance and Nominations Committees for the Global Alliance for the Future of Food, and as a Board Member for Calumet Collaborative.

Prior to Crown Philanthropies, Parker served Chicago’s Shedd Aquarium as Vice President, Great Lakes and Sustainability, where she led the aquarium’s contributions to Great Lakes science, education, and conservation. While with Shedd, Michelle held numerous leadership positions including the Aquarium and Zoo Association’s Green Scientific Advisory Group Chair, Board Treasurer for Freshwater Future, and an elected Steering Committee member of the Conservation Alliance for Seafood Solutions, a binational group of the 18 leading sustainable seafood organizations.

Prior to Shedd, Parker was with Earthwatch Institute, where she developed volunteer-based scientific research expeditions around the world. Michelle has also spent time as a conservation educator with Disney’s Animal Kingdom, the New England Aquarium and the Museum of Science, Boston.