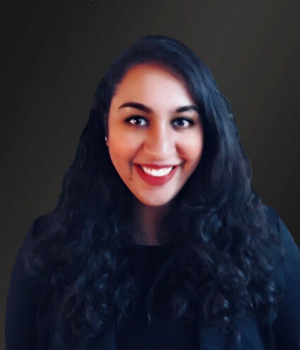 Koya partnered with Groundswell Fund to identify a Chief Development Officer. Groundswell Fund strengthens U.S. movements for reproductive and social justice by resourcing intersectional grassroots organizing and centering the leadership of women of color – particularly those who are Black, Indigenous, and Transgender. The search resulted in the successful recruitment of Meenakshi Menon to the role.

The daughter of immigrants from India and Malaysia, over the last 14 years, Menon has worked in 30 countries across 5 continents, advancing sexual health and reproductive rights, peace and security, and racial justice.

Immediately prior to ICG, Menon served as Director of Development at the Coalition for the International Criminal Court. There, she worked with staff around the world, as well as local, national, and regional Coalition affiliates on institutional advancement initiatives, including mobilizing resources from European Governments, International Development Agencies, Foundations, and high-net-worth Individuals on behalf of international justice.

Menon previously served as the Executive Director of Global Health through Education, Training & Service, where she partnered with grassroots organizations, community health workers, government officials, and universities, expanding reach and network of the organization to include partners in 40+ countries.

She began her career as a community organizer and health and human rights field researcher, working with diverse organizations and stakeholders in the US and abroad, including MassPIRG, Physicians for Human Rights, the Boston Center for Refugee Health and Human Rights, and the Center for Khmer Studies.

Menon serves on the Leadership Council of Powerbitches.

Menon earned her B.A. in Anthropology from Smith College.