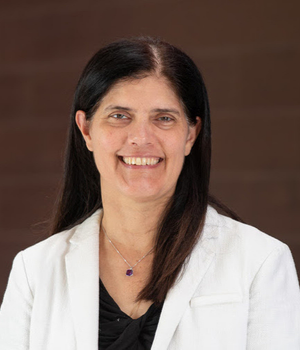 Koya partnered with New York University (NYU) Abu Dhabi in the search for a Dean of Science which resulted in the placement of Marta Losada.

Losada comes to NYU Abu Dhabi from the Antonio Nariño University, where she has had a distinguished career as both the President of the University and a Professor of High Energy Physics. Her efforts led the institution to be among the top Colombian universities. Her leadership experience also includes having been the Vice-President of the Colombian Association of Universities, and she was recently elected as a member of the Colombian Academy of Sciences.

At Antonio Nariño University, and during the last two decades, Losada successfully developed renowned programs in both higher education and research. She was the Principal Investigator of the research group in High Energy Physics at Antonio Nariño University, leading the institution in international research projects and achieving recognition at national, Latin American, and international level. Losada also played a key role in the development of the Latin American Strategy Forum for Research Infrastructures initiative. She has served on numerous national and international boards and committees, including the International Association of Universities (IAU) and the American Physical Society.

In addition to her research, Marta is passionate about higher education and research policy and has held numerous positions in the field. She served as Commissioner of The CONACES Engineering, Architecture, Mathematics and Physical Sciences section of the Colombian Ministry of Education and Research Policy from 2006 to 2009, and was also PI for the UAN node of the European funded networks HELEN, Invisibles, Invisibles Plus and Elusives. She is a member of the Scientific Committee of the Latin American Symposium of High Energy Physics and the CERN-Latin America School of High Energy Physics. She was recently named Chair of the Preparatory Group of the Latin American Strategy for HECAP.

Losada holds a BSc and MSc in Physics from Universidad Nacional de Colombia, and PhD in Physics from Rutgers University. She was also a Postdoctoral Fellow at CERN, the European Organization for Nuclear Research.