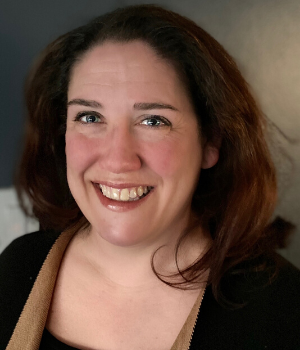 At Noble, Lefkow Sorensen leads the fundraising efforts which provide critical resources that further the Network’s mission of being a catalyst for educational equity for 12,000 students in Chicago.

Prior to joining Noble, Lefkow Sorensen served as the Vice President of Development at Chicago Jesuit Academy (CJA), a lower and middle school for young men located in the Austin neighborhood on the city’s West Side.  During her nine years at CJA, Lefkow Sorensen built the school’s development infrastructure and systems, taking the department from a small start-up team of three to a high-performing team of 10, raising $11.7M in FY18-19.

A native Chicagoan, Lefkow Sorensen was raised on the city’s North Side and was privileged to attend Hawthorne Scholastic Academy, St. Ignatius College Prep and Tulane University.  She recognizes that the access she had to exceptional schools was not shared by many of her peers, particularly those who resided on the South and West sides.  Lefkow Sorensen passionately believes that access to a high-quality education is a fundamental right and has spent much of her career working towards more just opportunities for young people of color and modest economic means.  She and her husband are the proud parents of three young children whom they are raising on the city’s North Side.

Lefkow Sorenson has served on the Boards of the SAB Foundation and the St. Ignatius Women’s Society.

Lefkow Sorenson earned her Bachelor of Arts in Sociology from Tulane University.