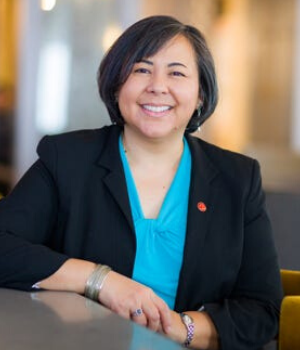 Koya partnered with Southern Poverty Law Center (SPLC) on the search for its next President. The Southern Poverty Law Center is dedicated to fighting hate and bigotry and to seeking justice for the most vulnerable members of our society. Our work with SPLC resulted in the placement of Margaret Huang, an advocate for human rights and racial justice for twenty-five years, to the role.

Throughout her career, Margaret has championed social justice and human dignity, advocating against discrimination and oppression in all of its forms. Prior to the Southern Poverty Law Center, Margaret served as the Executive Director of Amnesty International USA, where she was responsible for leading campaigns to protect the human rights of migrants and refugees, torture survivors, gun violence victims, and activists and protestors across the globe. Under her leadership, the organization developed a number of new initiatives on innovation and learning; inclusion, diversity, equity and accessibility; and monitoring and evaluation, while growing organizational financial resources by more than fifty percent over four years.

Margaret has worked with Members of Congress on critical pieces of legislation, and she has advocated before the United Nations human rights mechanisms as well as the Inter-American Commission on Human Rights. She has published articles and opinion pieces on human rights, and she authored a chapter, “Going global – Appeals to International and Regional Human Rights Bodies,” in Human Rights At Home, by Praeger Publishers (December 2007).

Margaret previously served as the Executive Director of the Rights Working Group, which focused on protecting human rights and civil liberties of vulnerable communities in the post-September 11 era. Other past work experience includes serving as Director of the U.S. Program at Global Rights, Program Director of the Robert F. Kennedy Center for Human Rights, Program Manager at The Asia Foundation, and Committee Staff for the U.S. Senate Foreign Relations Committee. Ms. Huang received a Master of International Affairs from Columbia University, and a B.S.F.S. from Georgetown University.