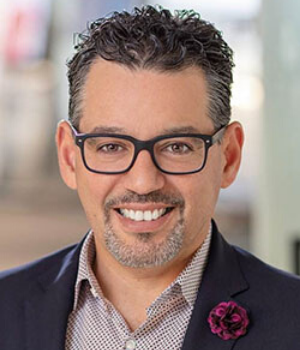 Koya Leadership Partners is delighted to announce the placement of Manuel Cuevas-Trisán as Vice President for Human Resources of Northwestern University.

Cuevas-Trisán was Chief Human Resources officer and Corporate Vice President at Motorola Solutions in Chicago following roles as a lawyer specializing in employment and labor matters.

Throughout his combined two decades of service at Motorola and its successor, Motorola Solutions, Cuevas-Trisán held various roles as legal counsel supporting regional and global business segments, eventually serving as lead employment and litigation counsel for the company. In 2015, he was named Chief Human Resources Officer while retaining responsibility for the employment law team. He started his career at the law firm McConnell Valdés in San Juan, Puerto Rico.

Cuevas-Trisán serves as a board member on the Illinois Commission on Diversity and Human Relations and the Puerto Rican Arts Alliance, and he was recently named one of this year’s 50 Business Leaders of Color by Chicago United. Cuevas-Trisán also is an Adjunct Professor at the University of Illinois Chicago’s John Marshall Law School.