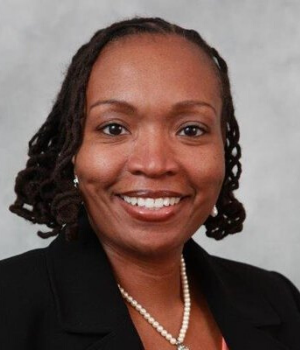 Koya is delighted to announce the placement of LaShawn Warren as Executive Vice President of Government Affairs of  The Leadership Conference on Civil and Human Rights, a coalition charged by its diverse membership of more than 220 national organizations to promote and protect the rights of all persons in the United States. The Leadership Conference works toward an America as good as its ideals.

Warren most recently served as Senior Vice President of Campaigns and Programs at The Leadership Conference and The Education Fund. Previously, she served as Vice President of the Faith and Progressive Policy Initiative at the Center for American Progress (CAP) where her work focused on the intersection of faith and public policy advocacy.

Prior to CAP, she served as Vice President and General Counsel for the New Jersey Institute for Social Justice, where she oversaw the legal, policy, communications, and field programming for the organization’s criminal justice, economic development, and civic engagement pillars. Before this, she worked as Vice President of Policy Development and Programming at the American Constitution Society for Law and Policy. Warren also worked as oversight counsel for the U.S. House of Representatives Committee on the Judiciary where she was lead counsel for the committee’s investigation into the U.S. Department of Justice’s civil rights enforcement record.

Warren is a graduate of Yale Divinity School, Howard University School of Law, and Savannah State University and has nonprofit management certification from Georgetown University.