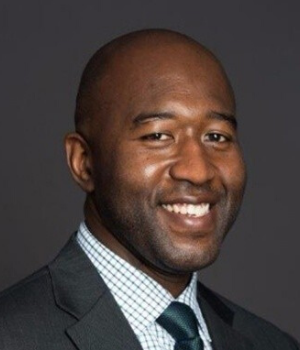 Koya partnered with the Institute for Nonprofit Practice (INP) in the search for an inaugural Executive Director for New York. INP equips the most promising nonprofit leaders with the skills, confidence, and resources they need to make their organizations effective, innovative, and sustainable. The search resulted in the placement of Kevin Cummings.

Cummings is a born-and-bred New Yorker with a passion for diversity, leadership, community, and sustainability. He has committed two decades of his career toward improving the lives of New York City residents through roles in the nonprofit and municipal government sectors. In this role, Cummings is responsible for helping to launch, build and root the Institute’s work – its community of stakeholders and its impact – toward enabling and equipping leaders at nonprofit organizations, thus strengthening communities.

Prior to joining INP, Cummings worked as a consultant supporting nonprofit organizations in organizational strategy and leadership development. Previously, Cummings served in several administrative roles with the New York City government, including as the Managing Director of the NYC Mayor’s Office – NYC Service, the Deputy Executive Director of the Mayor’s Fund to Advance New York City, and Assistant Commissioner in the NYC Department of Small Business Services.

During his tenure in city government, Cummings created and facilitated partnerships with more than 120 New York City agencies and nonprofit organizations that secured more than $40 million in cash resources to support New York City initiatives. He also managed and facilitated more than 30 mayoral initiatives across two mayoral administrations that impacted community outcomes in areas such as education, health, economic opportunity, emergency preparedness, veterans, and military families.

Cummings has served on the Advisory Committee for Public Allies New York, as the Chairperson on a School Leadership Team at a New York City Department of Education early college-high school, and is currently Chairperson for a faith-based institution.

He was a frequent grantee presenter for the New York State Commission on National and Community Service, an advisor to its grantees, and has been a guest lecturer at the Marxe School of Public and International Affairs at Baruch College, City University of New York – Medgar Evers College, and NYU Steinhardt School of Culture, Education and Human Development.

Cummings graduated from Williams College with a Bachelor of Arts Degree in Psychology.