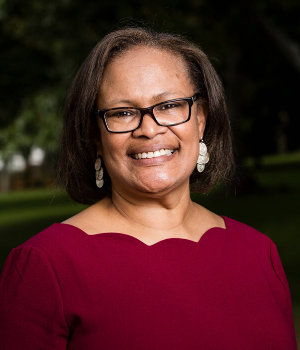 Koya Leadership Partners is delighted to announce the placement of Karen Richardson as the Dean of Admission for Princeton University.

Richardson joins Princeton from Tufts University where she served as the Dean of Admissions and Enrollment Management. Richardson served in a number of admissions roles at Tufts over the past decade before becoming Dean in 2016.

Richardson joined Tufts in 2008 as Director of Diversity Recruitment and helped reimagine a campus visit program and increased outreach to community-based organizations and high schools. Her efforts helped increase the number of applications to Tufts from underrepresented students and first-generation students. In 2014, she became Director of Graduate Admissions. In that role, she successfully expanded graduate student recruitment and increased efficiency in application processing and on-campus information sessions.

Richardson’s career in education also has focused on K-12 public school administration. From 2005 to 2008, she served as deputy superintendent of Boston Public Schools (BPS), where she reorganized the Office of Family and Community Engagement in response to community demand for more family involvement in the district’s schools. She also was a program director with the BPS Office of Teaching and Learning and director of the Exam School Initiative.

In the late 1990s, she worked as Program Director for Young Negotiators in Boston and with Jumpstart in Washington, D.C.

Richardson has served on the Board of Directors of the Common Application since summer 2018.

Richardson is a member of Princeton’s Class of 1993. As a Princeton student, Richardson was a Resident Adviser at Forbes College. She sang in the Gospel Ensemble, worked at Princeton-Blairstown Center, was a Big Sister, and worked in the Office of Admission as a federal work-study student.

Richardson graduated with a bachelor’s degree in politics and has a master’s degree from the Harvard Graduate School of Education.