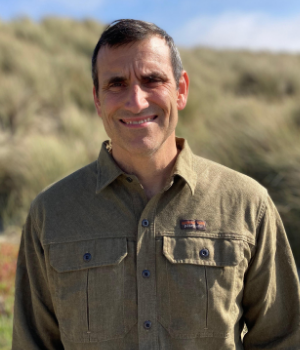 Koya partnered with the Santa Lucia Conservancy on its Executive Director search. Our work resulted in the placement of Jamison Watts.

The Santa Lucia Conservancy’s mission is to steward the unique natural resources of the Preserve and promote human settlement that is ecologically sensitive. The organization seeks to advance understanding of the interfaces between people and the natural environment to benefit the community and society at large. The Conservancy manages more than 10,000 acres of wildlands on the Santa Lucia Preserve above Carmel Valley, along with conservation easements on another 8,000 acres of private lands within the 20,000- acre Preserve.

Jamison is a conservation executive with 20 years’ experience providing vision, leadership, and technical expertise in the protection and stewardship of land and other natural and agricultural resources.

Most recently, Jamison served for seven years as Executive Director of the Marin Agricultural Land Trust (MALT). Much of Jamison’s work at MALT involved interacting with stakeholders and owners of agricultural land in Marin County. He worked closely with more than 80 farming and ranching families, raising $26 million in one campaign to protect their working lands. Jamison oversaw the acquisition of conservation easements on local farms and ranches to prevent development and keep the land in agriculture. During his tenure, the acreage conserved by MALT increased by 20 percent to more than 54,000 acres.

Prior to that, he led the Northern California Regional Land Trust, based in Chico, for six years. Earlier, Jamison served as a climbing ranger with the U.S. Forest Service on the Shasta Trinity National Forest and a biologist with the California Department of Fish and Wildlife.

A fifth-generation Californian and champion of sustainable development, Jamison has served on the City of Chico’s Parks and Playground Commission, the Advisory Committee of the Bay Area Open Space Council, Marin County’s Agricultural Workforce Housing Task Force, and Marin Carbon Project Steering Committee. He has expertise in business development and is an accomplished fundraiser and public speaker. He also had extensive experience navigating California’s regulatory environment and has more than 10 years’ experience researching and consulting on special-status species as a wildlife biologist.

Jamison has a Bachelor of Science degree in Environmental Biology with an emphasis in Conservation Biology and a Master of Science degree from CSU, Chico in Biological Sciences. He lives with his wife and daughter in Carmel Valley, where he enjoys walking the family dog, Honor, in Garland Ranch Regional Park and kayaking the Central Coast.