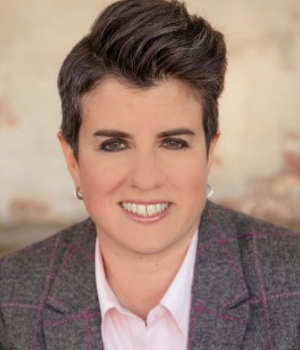 Koya partnered with Catholics for Choice on its President search. Our work resulted in the placement of Jamie Manson.

Catholics for Choice shapes and advances sexual and reproductive ethics that are based on justice, reflect a commitment to women’s well-being and respect and affirm the capacity of women and men to make moral decisions about their lives.

Jamie Manson is an internationally known columnist for the National Catholic Reporter, where she is an often-solitary voice for reproductive freedom and justice and was one of the first to sound the alarm about the right-wing push for “religious liberty.” Her columns have led to interviews with the New York Times, CBS, MSNBC and NPR.

Manson edited and wrote the introduction to Changing the Questions: Explorations in Christian Ethics, a collection of writings by her mentor, renowned scholar Margaret Farley. She has won over a dozen awards for her writing, and her advocacy on behalf of women in the church earned her the Theresa Kane Award for Women of Vision and Courage.

Manson has taken deep risks in her work. She came out as a lesbian in her first NCR column in 2008 and is still one of the few openly LGBTQ persons in the Catholic media in the world. She is a recognized authoritative voice who has spent more than a decade challenging the Church hierarchy on issues of gender equality, sexuality, and reproductive health.