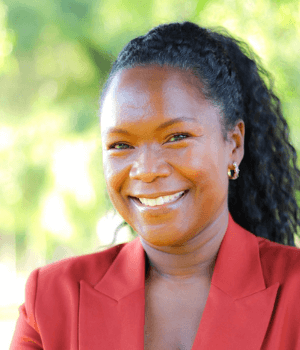 Koya partnered with The Climate Reality Project on its Senior Vice President of Diversity and Justice search. Our work resulted in the appointment of Jamiah Adams.

Climate Reality Project’s mission is to create a global sense of urgency on climate change and catalyze a planet-wide shift to clean energy to solve it. The organization shares the truth of climate disruption with communities around the world and empowers people everywhere with the knowledge and tools to help us create a sustainable future.

For the past fifteen years, Adams has worked in the progressive arena – on political and advocacy campaigns within the digital media, communications, diversity, equity, and inclusion space. That work has spanned climate and environmental justice issues to immigration and criminal justice – two presidential campaigns (one win, one loss.) And tenures at the NAACP, MoveOn.org, NextGen America, the Sierra Club, and the Democratic National Committee. Adams was an inaugural fellow at the Center For American Progress’ Leadership Institute and served abroad as a cultural ambassador in Eastern Europe for the U. S. State Department.

Based in the San Francisco Bay Area – Adams has been building out her DEI practice by serving as a senior recruiter for a progressive advocacy organization and as a senior advisor for the Rise Together Fund, a project of the Proteus Fund – her work there advises the fund on building equitable funding practices and providing more access to Black, African, Arab, Muslim and South Asian organizations working on racial justice issues.

Adams serves on the boards of the Rumi Forum (an interfaith nonprofit based in D.C.) and the Muslim Caucus (a grassroots organization dedicated to electing progressive Muslim Americans and mobilizing the Muslim vote. In addition, she was nominated and served as a federal commissioner for the Mary McCleod Bethune Council House in Washington, D.C.