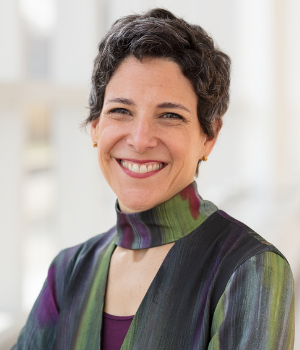 Koya’s partnership with Colby College Museum of Art resulted in the placement of Jacqueline Terrassa as Director. The Museum is a collecting and teaching museum dedicated to the preservation, display, and interpretation of the visual arts. The Museum’s collections embrace works of art from diverse cultures and historical periods, with a focus on American art, and commitment to collecting and exhibiting contemporary art.

Jacqueline Terrassa is a cultural worker, educator, and artist, who advocates for the power of art and artists in our society. She is recognized as a national leader in transforming museums as places for deep learning and rich community engagement. Terrassa seeks to expand equitable access to cultural resources, build and enrich communities with the arts as a catalyst, and empower people to think critically, imagine and create.

Terrassa joined Colby with an exceptional array of leadership positions at the country’s top museums. Prior to Colby, Terrassa served as the Woman’s Board Vice President for Learning and Public Engagement at Art Institute of Chicago. She has also held leadership and education positions at The Metropolitan Museum of Art; MCA, Chicago; the Smithsonian’s Freer and Sackler Galleries; the University of Chicago’s Smart Museum of Art; and the Hyde Park Art Center.

From 2011 – 2015 she co-directed the Museum Education Division of the National Art Education Association. She has worked on projects with a range of artists, including Dawoud Bey, Theaster Gates, Mark Bradford, and Peter Hristoff, and written about artists and approaches to museum-based engagement.

Born and raised in Puerto Rico, Terrassa received her BFA at Washington University, St. Louis, Missouri, and her MFA at the University of Chicago.