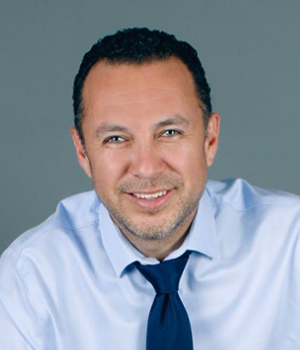 Koya Leadership Partners is delighted to announce the placement of Hector Sanchez Barba as the new Executive Director and CEO of  Mi Familia Vota.

Hector Sanchez Barba is an indefatigable voice advancing policy priorities and fighting systemic injustice against Latinos, immigrants and those most vulnerable.

He has launched national campaigns to improve the conditions of working families – strengthening their voices – on critical issues like labor rights, immigration, civil rights, farmworkers, health care, education, diversity, underrepresentation in government and public office, criminal justice, and the environment. Hector’s commitment to women’s rights led him to launch the Trabajadoras and Latinas Represent projects to elevate the critical role that Latinas play in the US economy.

Prior to joining Mi Familia Vota, Hector was the Executive Director of LCLAA (Labor Council for Latin American Advancement), a Senior Fellow at GW Cisneros Hispanic Leadership Institute, and the Chair Emeritus of NHLA (National Hispanic Leadership Agenda). He holds Bachelor’s and Master’s degrees in Political Science from the University of Texas at El Paso.