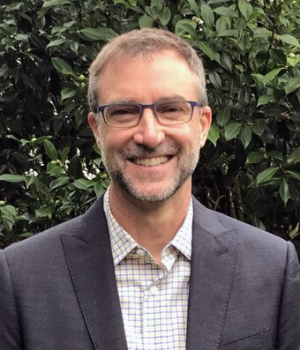 Koya is pleased to announce the placement of Greg Hanscom as Executive Director & Publisher of High Country News.

High Country News is a 50-year-old nonprofit news organization covering the land and communities of the Western United States. HCN publishes a print magazine with 35,000 subscribers along with a website that reaches more than 3 million unique visitors annually.

Hanscom is an award-winning journalist and news industry trailblazer. In more than two decades in the business, he has helped for- and nonprofit news organizations from coast to coast adapt to a fast-changing business environment. He has specialized in reaching new and diverse audiences, and developing innovative partnerships and revenue streams while staying true to core values of public-interest journalism.

The hire represents something of a homecoming for Hanscom, who began his career in journalism at High Country News, starting as an intern and working his way up to associate publisher and editor-in-chief. During his time as chief editor, HCN won numerous regional and national accolades. The experience launched a career that would span the country.

After leaving High Country News in 2006, Hanscom became the editor of Urbanite, a magazine in Baltimore that sought out solutions to the city’s many challenges. In 2011, he moved to Seattle, and a senior editor position at pioneering environmental news outlet Grist, where he steered the organization toward deeper coverage of environmental justice issues. In 2015, he moved to Crosscut, a digital news startup covering Seattle and the Pacific Northwest. He served as editor-in-chief, and then executive editor, after Crosscut merged with the local PBS station, KCTS9.

Hanscom says that much has changed in the 14 years since he last worked at HCN, but that at its core, the organization is still dedicated to fostering clear-eyed conversations about the West, with its troubled past and present, and charting a path toward a brighter future.