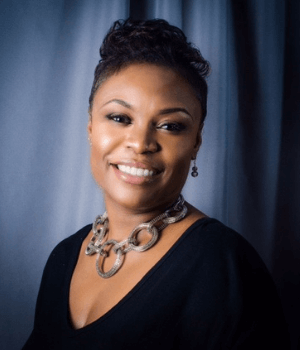 Koya partnered with the Public Welfare Foundation on its Vice President of Programs search. Our work resulted in the appointment of Esther Franco-Payne.

Public Welfare Foundation supports efforts to advance justice and opportunity for people in need. These efforts honor the Foundation’s core values of racial equity, economic well-being and fundamental fairness for all.

Esther Franco-Payne joins the foundation with a strong history of advocating for justice and opportunity for people impacted by the youth and adult criminal justice systems and a proven track record of driving transformative change.

Franco-Payne is the immediate past Executive Director of Cabrini Green Legal Aid (CGLA), where she led the organization’s strategy, management, and fundraising, doubling its budget, increasing staff capacity, and expanding its service offerings. Through her work with CGLA, Esther amplified CGLA’s impact throughout Chicago, Cook County and the State of Illinois.

With a long career in violence prevention and criminal justice advocacy, Esther’s personal commitment has been to serve as a voice for underserved communities of color. Growing up on Chicago’s south-side, Esther has been front and center to the issues that permeate communities impacted by crime, poverty, and disinvestment. She is a long-time advocate who has engaged the public in the development of effective criminal justice and juvenile justice policies and continues to educate and work alongside the community around issues related to exposure to trauma, violence prevention and criminal justice reform.

Franco-Payne is a ten-year member of the Illinois Juvenile Justice Commission; was recently appointed co-chair of the Families Committee in support of the Department of Juvenile Justice’s Advancing Transformation Task Force; sits on the Cook County Equity Fund Taskforce; is a member of Forefront’s Mission/Sustainability Initiative; and has been a key leader in the Justice 20/20 Initiative to focus on the implementation of Illinois’ SAFE-T Act in support of sustainable criminal justice efforts.

In previous years, Esther has been a member of Cook County Board President Toni Preckwinkle’s Violence Intervention and Prevention Research Advisory Council, and was chairperson of the Juvenile Temporary Detention Center (JTDC) Community Advisory Board.

Franco-Payne has a master’s degree from the University of Chicago – School of Social Service Administration.  She is a 2015 fellow with Leadership Greater Chicago.