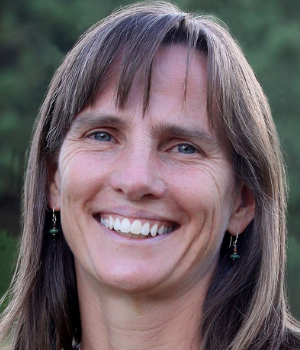 Koya partnered with the Southwest Energy Efficiency Project (SWEEP) on its Executive Director search. Our work resulted in the placement of Elise Jones.

Prior to joining SWEEP, Jones served as a County Commissioner for Boulder County for eight years, where she focused on climate action, sustainability, equity, and multimodal transportation issues. She represented Boulder County on the Denver Regional Council of Governments (DRCOG), which she chaired in 2016, and was the DRCOG representative to the Statewide Transportation Advisory Committee from 2014-2020. Jones was appointed by the Governor in 2019 to the Air Quality Control Commission and served for a decade on the Regional Air Quality Council.

Prior to running for public office, Jones was the Executive Director of a statewide conservation advocacy organization, Colorado Environmental Coalition (now called Conservation Colorado), where she worked on climate, energy, wilderness, land use, transportation, and other conservation issues. Jones has also worked as a Regional Director for the League of Conservation Voters; a senior legislative staff person for Oregon congresswoman Elizabeth Furse; and a policy advocate for the National Wildlife Federation.

Jones holds a bachelor’s degree in Natural Resources from Cornell University in New York and a master’s in Resource Policy, Planning, and Administration from the University of Michigan.