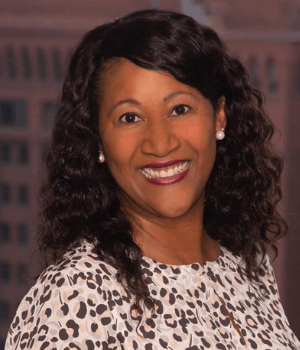 Koya is delighted to announce the appointment of Dorri C. McWhorter as Chief Executive Officer of YMCA of Metro Chicago, one of the Midwest’s largest nonprofit providers serving more than 200,000 people annually. McWhorter is the first woman and Black American to lead the YMCA.

The mission of the YMCA of Metro Chicago is to develop strong children, families, and communities across Metropolitan Chicago through academic readiness, character development, violence prevention, fitness, and healthy living.

McWhorter served as CEO of the YWCA of Chicago for over 8 years, where she was integral in moving the agency into the digital age. During her tenure at the YWCA, McWhorter led the agency as it increased its annual operating budget from $10 million to $35 million and has led the YWCA’s expansion of digital services. McWhorter introduced new services to the organization, including an online YWCA Chicago merchandise store, an online resource to help women maximize their physical, mental and financial health and wellness, and a mobile app that expands access to YWCA programming.

A well-respected leader in the Chicago community and beyond,  McWhorter is known for leveraging her large-scale change management experience from working over 20 years in management consulting.

Prior to her role with the YWCA, McWhorter was a partner at the accounting firm of Crowe LLP. Earlier in her career, she held senior positions with Snap-on Incorporated and Booz Allen Hamilton.

A skilled corporate Director, McWhorter serves on the Board of Directors for Lifeway Foods, William Blair Funds and Skyway Concession Company (Chicago Skyway).

McWhorter was a 2019 inductee into the Chicago Innovation Hall of Fame and was named to Better’s list of the Chicago-area’s Top Black Women of Impact.