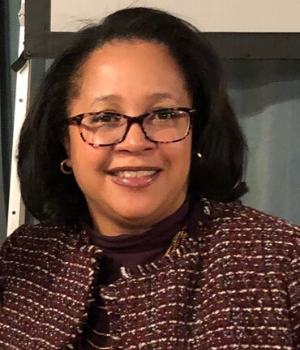 Swarns has dedicated her entire professional career to criminal justice reform. She currently serves as the president and attorney-in-charge of the Office of the Appellate Defender, Inc., one of New York City’s oldest institutional providers of indigent appellate defense representation. Previously, Swarns spent more than a decade at the NAACP Legal Defense & Educational Fund, Inc. (LDF), where she served as LDF’s litigation director and criminal justice project director.

Prior to joining LDF, Swarns served as a supervising assistant federal defender and assistant federal defender at the Capital Habeas Unit of Philadelphia’s Federal Community Defender Office. While there, Christina represented numerous individuals with death-sentences whose convictions and/or death-sentences were reversed, including Nicholas Yarris, the first man sentenced to death in Pennsylvania and later to be exonerated by DNA evidence. Swarns began her legal career as a staff attorney with the Legal Aid Society’s Criminal Defense Division in New York.

A passionate legal advocate, Swarns speaks and writes regularly on issues concerning race, law and criminal justice. She is frequently interviewed by major media outlets; she has authored op-eds, including, “Dylann Roof Shouldn’t Get the Death Penalty”; and she is the subject of several high-profile interviews, including by Academy Award-winning film maker, Errol Morris (Who is Dangerous, and Who Dies?), the ABA Journal (Lady of the Last Chance: Lawyer Makes Her Mark Getting Convicts Off Death Row) and the Washington Post (Defense Lawyer Fights Racism in Death Row Cases).

In 2018, Christina received the Norman Redlich Capital Defense Distinguished Service Award from the New York City Bar Association’s Capital Punishment Committee; in 2017 she received the Sadie T.M. Alexander Award from the National Black Law Student Association; in 2014, Christina was selected by the faculty of the University of Pennsylvania Law School to be an Honorary Fellow in Residence, an honor given to an attorney who makes “significant contributions to the ends of justice at the cost of great personal risk and sacrifice;” and in 2011, Christina served as a Practitioner-in-Residence at Berkeley Law School.

Christina earned a JD from the University of Pennsylvania Law School and a BA from Howard University.

Read the press release: Christina Swarns to Become the New Executive Director of the Innocence Project.