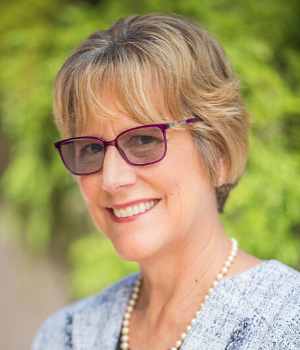 Koya partnered with New York University Abu Dhabi on the search for a Vice Provost for Graduate and Postdoctoral Programs. Our work resulted in the placement of Carol Genetti to the role.

Genetti will join NYU Abu Dhabi in the fall of 2020 from the University of California at Santa Barbara where she served as the inaugural Anne and Michael Towbes Graduate Dean. There, she completed exceptional and innovative work to develop programs that enhance graduate education and the graduate student experience. Genetti provided enriched support for career development for our campus, implemented courses in university pedagogy and graduate writing, and created the award-winning Grad Slam, now a signature event for UC.

During her tenure as Dean, Genetti created programs that foster inclusiveness and support for students who have been traditionally underserved by the academy, such as the Graduate Scholars Program, the fall Diversity Matters series, and the Action Collaborative Steering Committee, which she co-chaired.

Genetti contributed to the UC campus in countless ways over the last three decades. She has served as Associate Dean for Humanities and Fine Arts, as Chair of the Department of Linguistics and as a distinguished member of our Linguistics faculty.

Genetti’s research has focused on linguistic typology and especially on the documentation and description of Himalayan languages. She is the Co-founder and Managing Editor of the online journal Himalayan Linguistics. Her monograph A Grammar of Dolakha Newar was awarded the inaugural von der Gabelentz Award from the Association for Linguistic Typology.

Genetti earned her Bachelor’s degree, Master’s degree and Ph.D. in Linguistics from the University of Oregon.