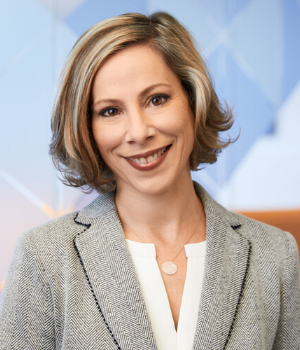 Koya Leadership Partners partnered with Valley of the Sun United Way on the appointment of Carla Vargas Jasa as President and Chief Executive Officer.

Carla Vargas Jasa is the President and Chief Executive Officer of Valley of the Sun United Way, which serves the more than 4.3M people of Maricopa County by uniting our community to support kids, families and the neighborhoods where they live. Valley of the Sun United Way is among the largest United Way in the nation and partners with 90,000 individual donors, 4,000 volunteers, 400 companies and hundreds of non-profits and schools.

In 2020, United Way celebrates its 95th anniversary of serving Maricopa County. To mark that milestone and to build to its 100th year, Vargas Jasa is opening United Way up to the community, seeking insights on the greatest issues facing the Valley, and community input on United Way’s role in solving those issues.

This approach provided a strong platform as the coronavirus pandemic shifted everyday life here in the Valley and across the world. With input from nonprofit partners, the Board of Directors and United Way donors, Vargas Jasa led the launch of the United for the Valley COVID-19 Fund. By May 1, 2020, more than $2.5 million had been donated to the fund and over a million dollars distributed to local nonprofits serving those most impacted by the pandemic. She is also leading United Way’s focus on gifts in kind, public policy and volunteerism to keep nonprofits strong and able to meet the growing needs of families, kids and individuals.

Vargas Jasa joined Valley of the Sun United Way in June 2019 as the first female and Latina President and CEO. Prior to this role, she held several leadership roles for Orange County United Way, including Chief Operating Officer, Senior Vice President of Community Impact and Vice President of Major Gifts.

With Vargas Jasa’s leadership, the Orange County United Way launched FACE 2024, a 10-year strategic community impact plan driven by measurable community goals, which are tracked and reported in an annual Community Scorecard. She also guided the launch of United to End Homelessness, a communitywide response to Orange County’s growing homelessness population which brought new and innovative public-private partnerships to that market.

Vargas Jasa earned a B.A. in Political Science from the University of California at Berkeley. In both 2015 and 2016, Vargas Jasa was recognized as a nominee for the Orange County Business Journal “Women in Business” Award and in 2012 received the OC Metro’s “40 Under 40” award. In her free time, Carla enjoys spending time with her husband, hiking in the Arizona desert, and exploring new wineries north and south of the border.