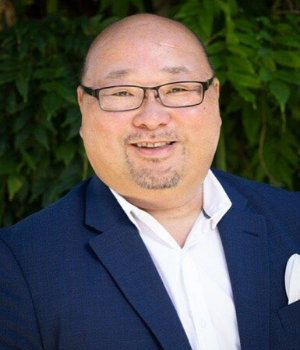 Koya is delighted to announce the placement of Byron Chung as the next Executive Director of Pacific School of Religion (PSR). Grounded in the rigorous study and faithful practice of progressive Christian faith, Pacific School of Religion prepares a diverse cadre of spiritually rooted leaders with the vision, resilience, and skill to create a world where all can thrive.

Byron Chung joins the Pacific School of Religion (PSR) with over 25 years of experience building successful organizations through clearly defined values and forming a culture of authenticity, transparency, and empowerment with an entrepreneurial spirit. Before coming to PSR, Byron served as President of the Art Institute of California, San Francisco for over 12 years and most recently as the Vice President of Operations for the Art Institute of Houston system of schools with locations in Houston, Dallas, San Antonio, and Austin.

Byron started his career in higher education in 1993 after spending several years in East Asia as a business consultant.  For over 10 years, Byron served in various roles in student recruitment for two college systems including Director of Admissions, Vice President of Training and Development and Vice President of Student Enrollment.

Born and raised in Taiwan, Byron is fluent in Mandarin Chinese and is an avid home chef.  Married to Joanna for over 25 years, they have three children. Kristen 21, Darin 19, and Ethan 18.