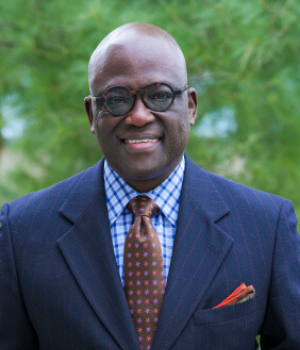 Koya is delighted to announce the placement of Benjamin Ola. Akande, an accomplished economist, and scholar educator, as well as a recognized civic and business leader, as the ninth President of Champlain College.

Dr. Akande currently serves as the Assistant Vice Chancellor for International Affairs-Africa and the Associate Director of the Global Health Center at Washington University in St. Louis. He served as a tenured Professor of Economics and Dean of the George Herbert Walker School of Business and Technology at Webster University in St. Louis from 2000–2015. As Dean, Dr. Akande was instrumental in securing the $10 million naming gift, the largest in the institution’s history.

As the 21st President of Westminster College in Fulton, Missouri from 2015–2017, Dr. Akande strengthened the college’s infrastructure and financial sustainability, transformed academic offerings, and reimagined marketing and communication strategies to build the college’s brand identity.

Born in Nigeria, Dr. Akande came to the United States at the age of 17 to pursue a college degree. His parents, Samuel and Comfort Ola. Akande, held a deep respect for and belief in the value of the American higher education system that they instilled in their children. This respect serves as an inspiration to Dr. Akande, whose professional success is motivated by the power of education to change lives.

He holds a Ph.D. in Economics from the University of Oklahoma. He completed post-doctoral studies at JFK School of Government, Harvard University.