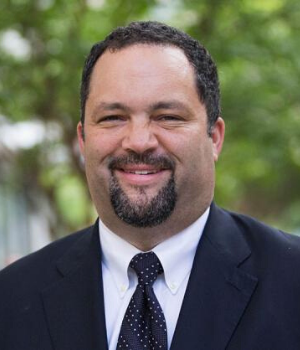 President
People For the American Way

Koya is delighted to announce that our partnership with People For the American Way has led to the appointment of Benjamin Todd Jealous as President. Jealous succeeds Michael Keegan, who has served as president for 11 years.

People For the American Way is a progressive advocacy organization founded to fight right-wing extremism and build a democratic society that implements the ideals of freedom, equality, opportunity, and justice for all.

Jealous brings to the organization decades of experience as a leader, coalition builder, and campaigner for social justice, and the ability to combine the heart and soul of an organizer with the change-making skills of a seasoned nonprofit executive.

In 2008, he was chosen as the youngest-ever president and CEO of the NAACP. During his tenure, he doubled the organization’s budget, grew its online activist base by hundreds of thousands, and increased its number of donors eightfold, from 16,000 to 132,000. He also positioned the organization at the forefront of critical social justice issues such as the Trayvon Martin case, the fight against voter ID laws, and major protests over the New York Police Department’s stop-and-frisk policies. Jealous pushed for the organization to fight more aggressively for marriage equality, led efforts to register 374, 000 voters and mobilize 1.2 million new voters to the polls, and worked to pass key legislative accomplishments during President Obama’s first term, most notably the Affordable Care Act.

In 2013, the Baltimore Sun named Jealous Marylander of the Year for his work on marriage equality, abolishing the death penalty, and passing the DREAM Act. Jealous was the 2018 Democratic nominee for governor of Maryland, and most recently served as a partner at Kapor Capital.

Jealous is a graduate of Columbia University and Oxford, where he was a Rhodes Scholar. Jealous has taught at Princeton and the University of Pennsylvania.

Read the press release: Ben Jealous Selected as President of People For the American Way.