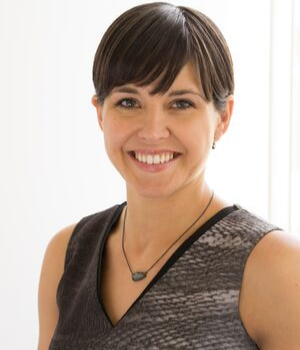 Koya is proud to announce the placement of Alaina Harkness as the new Executive Director of Current, a Chicago-based water technology innovation nonprofit.

Aliana Harkness most recently served as Managing Director for the economic development firm RW Ventures, where she helped launch and lead the New Growth Innovation Network and developed inclusive growth strategies for cities and metropolitan regions.

Prior, she held a research fellowship in urban governance at the Brookings Institution, led urban development strategy for the John D. and Catherine T. MacArthur Foundation, and staffed civic collaboratives: The Partnership for New Communities and 2016 Fund for Chicago Neighborhoods. Alaina is a nonresident fellow in the Global Cities program at the Chicago Council on Global Affairs and has published research and commentary for the Brookings Institution, the San Francisco Federal Reserve Bank, and CityLab.

Harkness holds a BA in political science and art history from the University of Rochester, and MA in Public Policy and Latin American Studies from the University of Chicago. Harkness is a longtime resident of Chicago’s Hyde Park neighborhood and serves on the boards of the CityTech Collaborative, Urban Initiatives, and Margaret’s Village. She is a 2014 fellow of Leadership Greater Chicago.